I think I need a bigger disco ball (part 2)

Posted by Anne-tastic! on Friday, May 25, 2012 / Labels: Grace at Home
With fireplace insert removed and the surrounding brick painted a nice healthy, happy white... Its amazing to see how much the room brightened up.

I mentioned in my previous post about the fireplace being accessible from both the living room and dining room and until I could get the creative juices flowing of what I was going to put there, I hopped over to Home Goods and purchased a boring mirror and some boring candles to detract from the gaping hole that unfortunately opens right up to a view of my hideous linoleum in the dining room (that's besides the point).

A friend came over and suggested a Disco ball.  I laughed it off but he was serious because an hour later he sent me a link to a craigslist ad selling a disco ball...

So then the party lights went on and the disco ball was spinning...  I had sparkles in my eyes..  Why not?!   I checked out the likes of Pinterestland the two pictures I found, I decided this is a good idea.

So I measured my fireplace and decided a 12" disco ball would be a proportionate size... I snagged a good deal off of ebay and patiently awaited its arrival...

When it finally did arrive and I installed it, I was saddened to see it didn't quite have the presence I hoped.

But first lets take a moment to pause and see how good my newly painted fireplace looks... (ompare to pictures here, here and here (sigh)! 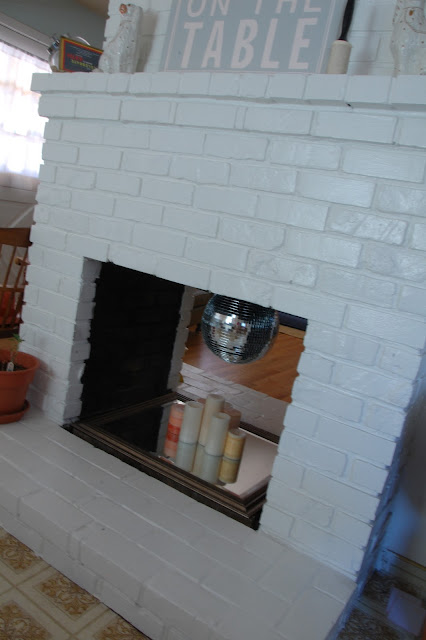 It needs to be bigger... 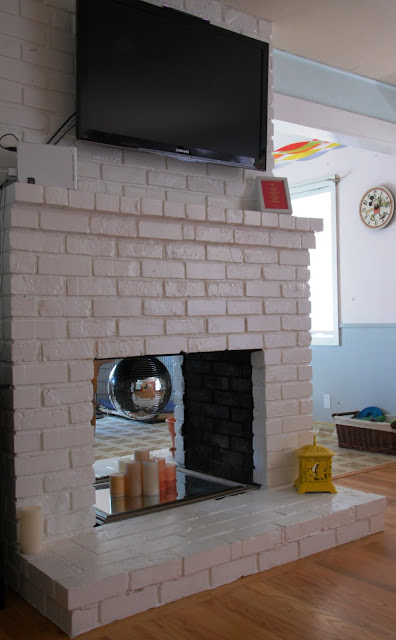 It needs to be flashier.... 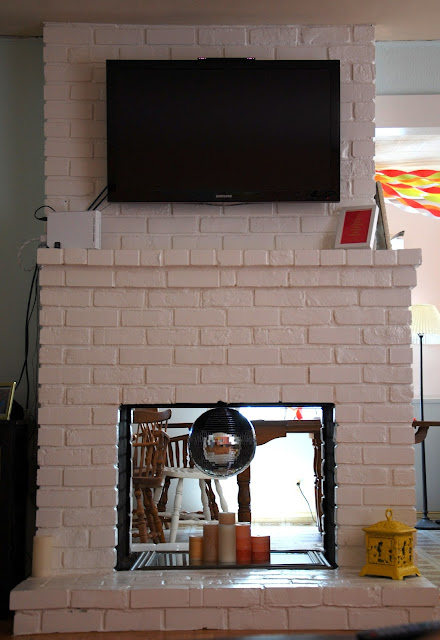 It needs to say "Hey Girlfriend!  The party's Ova Heeya!"

So alas, now you see why I need a bigger disco ball.

Holy crapoly, I love it!! I think the size is perfect if you plan to keep the candles...so cute! Turn it on:)