Posted by Anne-tastic! on Monday, August 23, 2010 / Labels: Fabric and Fashion, fun and misc, Grace at Home, Rico n Riley, travel
In honor of saying goodbye to 30, here’s a highlight of 30 things that happened to me in my 30th year which in hindsight make me realize

HOLY SMOKES! I’M A GROWN UP!
(When did that happen?)
1. Spent my 30th birthday in the Happiest Place on Earth (was pretty cool!) 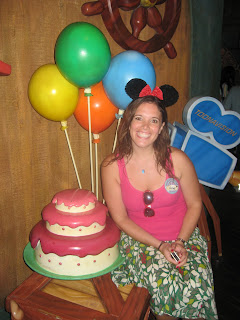 2. Dressed up like a pig and capsized a float in front of thousands of people 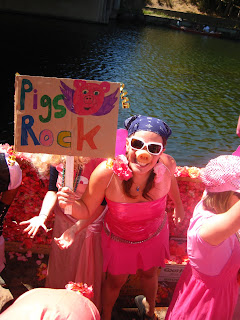 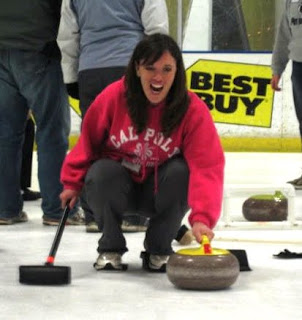 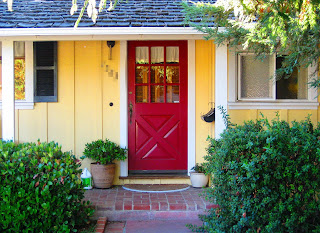 7. Walked in the house for the first time and I cried remembering all of the great memories with my family growing up.

Walked in the house for the second time to discover the house was decorated with Easter eggs and Hawaiian leis and stickers and various other 'things' my friends and family left to welcome me home.

8. Then I realized said new house needed a new roof - since when did roofs get so pricey!?

9. Challenged myself to only make my clothes (not buy) for six months – and succeeded! Though I probably should get back on that wagon. My bank account will thank me for it

10. Realized I’m not good at watering my outdoor plants – thank goodness for my roommate tenant sister and gardener father who keep what greenery I have somewhat green

11. Became an expert at wallpaper removal

12. Developed a scorn for the interior decorator who told 1950s housewives everywhere  my grandparents that wallpapering - then painting - then wallpapering the ceiling was a good idea!

13. Adopted a cat and named him Rico. He thinks he’s a dog and pretty darn entertaining, I didn’t want to encourage the stigma attached to a single-woman-in-her-thirties-owning-a-cat 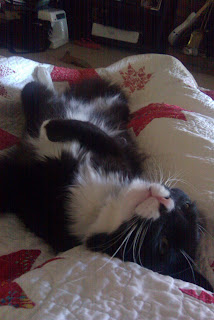 14. So I adopted a dog and named him Riley and he’s goofy and HUGE and likes squeaker toys and standing awkardly on random things in the backyard. Now I have real responsibilities and my house is chaos 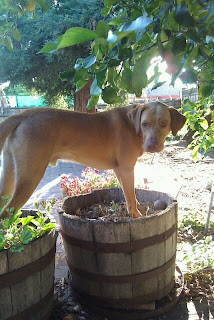 Yes, that picture is Photoshopped

I was never that rotund

17. Somehow reset my internal clock to wake up between 3:30am and 5am. While I AM a morning person, this is still too early and am hoping its temporary.

18. Went to Brazil… Learned it was more dangerous than glamorous, so I was back on a plane faster than you could request a Brazilian wax (but not before I enjoyed some cacacha!) 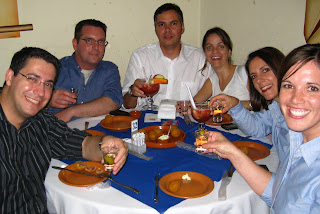 19. Scored a free set of lingerie on my way to Brazil

20/21. Opened my heart to someone... Then cried a little a lot more than I want to admit when it didn’t work out

23. In addition to Brazil, I travelled to Phoenix six times, Chicago twice and Thief River Falls, MN (via Grand Forks, ND) once for a mix of business and pleasure

24. Converted myself away from Country Music (still a fan, just am now back to my rocker roots!)
25. Found bliss

26. Lost my company’s Halloween costume contest to a “Pizza’ which was just a guy wearing an upside down triangle (I think it was rigged) 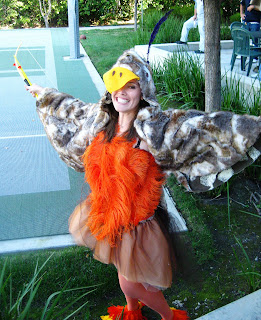 27. Re-read Gone with the Wind. All 1700 pages of it. In high school, I got to the point where Scarlett and Rhett’s marriage was breaking up and I absolutely couldn’t bear it, so I put the book down until I was ready to finish it 18 months later. This time around I got to the same part in the book and wanted to run away covering my eyes and ears … But I kept at it and Rhett still left Scarlett (ya, I know, she deserved it) and then the book ended and I can’t say I’m any better for it 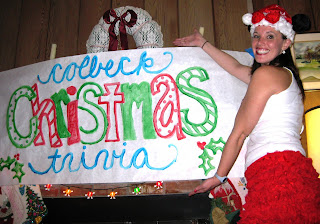 30. Reconnected with a long lost family member (probably the highlight of my year) 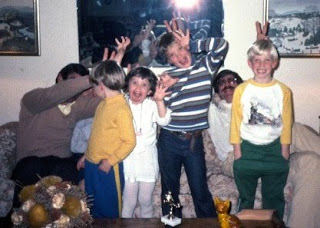 Looking forward to the wonderful things to come while 31!